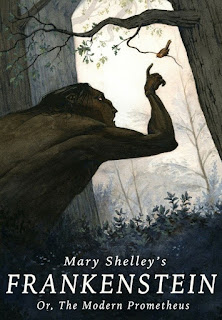 For the next Top 100 Challenge book, I chose Frankenstein. I read Frankenstein in High School as part of English and most of my memories were of feeling sorry for the monster.

Well I've done an about-face. On finding life is difficult, the monster becomes an absolute twat and uses 'the world has been cruel to me' as an excuse to go on a murderous rampage. Buck up, buddy. Yeah life is hard, and it freaking sucks sometimes, but that doesn’t mean we go around killing whoever we want. I can definitely picture the monster moving amongst society, wearing some kind of mask, long sleeves and pants. He’s extremely intelligent and might have contributed to society in many ways. This is evidenced by his relationship with the blind man. Instead he decides to throw a tantrum like a child. 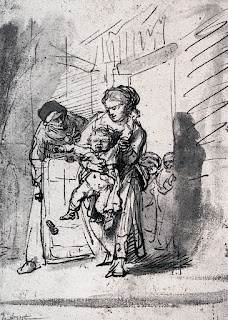 Frankenstein’s selective amnesia over the existence of his creation was also a little hard to swallow. There’s no way an editor would let a writer get away with something like that these days. For months and months he barely even casts a thought on the monster, and he is all but forgotten. While I understand that’s a large part of why the monster hates the creator, it doesn’t feel sufficiently justified how he so easily forgets the whole ordeal. It is also quite a miracle that Frankenstein’s first attempt at the creation of alchemical life is not only successful, it is also superhero-like. One would assume the first attempt would end in some Alien Resurrection-like deformity gyrating in a corner murmuring ‘Please, kill me…’

In its context as speculative fiction, there is something lost on the modern day audience in terms of terror through believability. In 1818, the year of Frankenstein’s publication, the FIRST successful blood transfusion was performed. There was no vaccine for cholera, tuberculosis or the flu. The understanding we have of the workings of the human body, and that of the deceased body, is far greater today, such that the believability of digging up a corpse for reanimation is less science-fiction and more fantasy.

I have however always admired the gothic narrative-through-documentation device. I’ve been mulling over how I could achieve some kind of modern day equivalent, perhaps through multimedia or ARG.

In short, I actually found Frankenstein to be quite a frustrating read. I do think Shelley truly achieves horror, if not through the actual creation of the monster, then certainly through the callous serial-killer behaviour of the monster.

Posted by Jannali Jones at 18:47 No comments: